Home » What Are The Most Common Pregnancy Cravings?

Disclosure: This site contains affiliate links to products. We may receive a commission for purchases made through these links. Pregnancy cravings. It’s no surprise there’s half the word ‘crazy’ in there! One minute you’ve got to have every tub of chocolate chip ice cream within a two-mile radius, then it’s fish sticks in jelly, then you can’t stand the sight (or smell!) of anything.

When thinking about what to expect when you’re expecting, these sometimes extreme, sometimes intense and nearly always weird foodie desires might puzzle you.

Like many elements of this exciting journey, they can affect us all in different ways, and some people won’t experience them at all.

Common pregnancy cravings can be more intense desires for things you crave anyway or things you didn’t even like before. They can be inconsistent across pregnancies too.

What’s more common to all is on the flip side of cravings, nausea and food aversion – times where you can’t stomach anything. It could also be linked to cravings and your normal eating patterns.

Let’s take a look at why we suddenly have these uncontrollable urges and some common pregnancy cravings and food aversions.

Why you have pregnancy cravings

First up we have to say, like many weird, wonderful and unpredictable phenomena, there is no definite answer on why we have pregnancy cravings. However, there are some interesting theories which might at least put your mind at rest when you’re reaching for the pickles and hot fudge sauce at 2 am.

Pregnancy cravings can start in the first trimester, tend to peak in the second and are generally gone by the time you give birth. According to academic research, 50-90% of US women experience cravings for specific foods. Many explanations for pregnancy cravings are hormone-based. Some studies suggest that during pregnancy the hypothalamus (a nerve center tucked away in the brain) releases more of a chemical called Neuropeptide Y (NPY). It’s one of the most common appetite stimulants.

Another common trend is that in all the crazy highs and lows attributed to hormones, dopamine drops during pregnancy. This is a ‘happy hormone’, and what cranks up the feel good when you’re down? That’s right, chocolate, sugar and anything sweet.

A weird brain-based idea is that the part of the brain that looks after the uterus transforms during pregnancy, understandably. This then happens to encroach on taste centers, hence the flipped out food combos! It’s an out-there idea, and there’s no concrete evidence, but when those common pregnancy cravings get crazy you’ll believe anything.

One very common idea for cravings is that your body sends your brain into overdrive to get all the extra and missing nutrients that your baby needs.

It might help to explain the variation and wide-ranging foods we desire. When you group the foods involved with common pregnancy cravings you can see some trends around certain nutrients.

In fact, during pregnancy, the mother’s brain shrinks while the baby’s brain grows. Our brains are 60% fat. While there’s no direct link that says eating supplies these essential fats to both mother and baby, it might explain how that message leads to loading up on high-fat foods.

However, what’s interesting about these theories is that they lead to increased appetite, not to specific foods.

While plain hot dogs might be the only thing you want, it’s important to remember to stay balanced. Excessive weight gain in pregnancy can cause preeclampsia and other complications.

Gestational diabetes is a glucose intolerance which is specific to pregnancy. It will disappear when you give birth but might make you crave sugar and sweet foods at a higher rate than normal. It’s vital to keep this in check if you have the condition, and always follow medical advice.

Some ideas suggest that common pregnancy cravings are cultural and social – don’t fall for the stereotype or get pressured into eating more.

For many of us, it’s junk, comfort and high-fat foods we crave. You can try breaking them into smaller portions and stay balanced in your regular diet when you’re not gripped by cravings!

Why not try and find a healthier alternative? You can do this by thinking about what it is you really want. Is it strawberry ice cream you “have to have” or would strawberries do? If it’s the creamy element you crave try yogurt or milk.

Of course, sometimes we just want what we want. And making pregnancy as easy as possible is about making yourself feel better. As with the rest of life, indulge in moderation and take health advice.

We’ve looked at a few of the ideas behind why we have them, but what are some of the most common pregnancy cravings you might experience? A bit like the reasons behind cravings, there aren’t any definite rules for what you’ll crave – or when!

Some ideas suggest that flavors are spread across the pregnancy:

As we’ve seen, these could be linked to various hormonal changes and nutritional needs, but you might also experience none of them.

The most common pregnancy cravings in the US are for dairy and sweet foods. While salty pickles in crazy combos are a classic example, they’re actually less common.

Here’s a quick rundown of some of the most commonly reported foods:

Chocolate and candies come top; followed by pizza and chips; steak; fruit, and cheese in fifth.

Some common trends you’ll find are that lifelong vegetarians suddenly crave meat, or chewing ice. Iron deficiency is common in pregnancy and causes inflammation. The craving for ice might be about soothing this.

Spicy foods are another craving which might be about alleviating symptoms. This time the increased temperature of pregnancy. It might seem like the opposite as it causes more heat, but it also causes us to sweat and cool down.

This is what it’s all about when we talk about common pregnancy cravings, isn’t it? Those nights when you raid the mini-mart for pretzels and peanut butter at 3 am.

Some of the craziest ones we’ve heard are boiled eggs with horseradish sauce, garlic mushrooms dipped in custard, grated carrot and ketchup. Some of the most insane combos are explored in Pickles and Ice Cream: A Bizarre Pregnancy Cravings Cookbook. You might even get some ideas for when you don’t know what it is that’s going to hit the spot!


While it’s fun to explore these funny pregnancy cravings, there is a health aspect to consider. As you would in the rest of your pregnancy food regime, stay away from unpasteurized cheese and raw fish.

Another common but dangerous aspect of cravings is for non-food items. The condition is called pica and can occur at any time, but some of these hormonal or nutritional imbalances could bring it about in pregnancy. If you find yourself craving dirt, soap or chalk, for example, go and see your doctor for advice.

The unfortunate – and much more widespread – element of a pregnancy appetite is disliking or not being able to stomach certain foods.

Nearly all mothers will experience morning sickness, particularly in the first trimester. However, mothers may then associate the nausea and vomiting with certain foods for the rest of their pregnancy.

Meat is a particular target for common pregnancy aversions. Some studies have linked morning sickness to meat consumption as well, which might be responsible for distaste for it later.

Aversion to meat could also be an unconscious effort to protect your baby from potential bacteria. Just like cravings to fulfill a need, aversions might not just be crazy dislikes but to protect; both working for the health of your baby.

An abnormal sense of taste and smell is another feature of pregnancy. They’re possibly linked to hormones. It could make you hate the sight, taste and smell of foods you previously loved. There are some ideas that this heightened sense of smell is linked to increased blood flow to the nose.

Common pregnancy aversions could also be the desire to “cancel out” some sensitivities. One study looked at a reported increase in the perception of bitter tastes, and a decrease in perception of salty ones. So that tub of rocky road might be an attempt to take away those bitter blues! Well, we probably can’t say that – we’re still reaching for the doughnuts dipped in ketchup!

We’ve had fun looking at some of the common and funny pregnancy cravings, and common pregnancy aversions. We’ve also explored why we might experience them.

The truth is there is no confirmed reason or guaranteed experience. Another thing that’s all part of the fun of pregnancy. Common pregnancy cravings could just be our brains’ way of interpreting appetite changes or fulfilling nutritional deficiencies.

In all the craziness of pregnancy, mood swings and body changes, it’s no wonder we think we want weird foods and feel the need to indulge sometimes. Just make sure you keep it balanced with a healthy diet and seek medical advice along the way if you’re worried.

What are some of your funny pregnancy cravings? How To Establish A Baby Sleep Schedule In The First Year How to Wean a Baby: Everything You Need To Know 2020 Most Popular Baby Names And Their Meanings [UPDATED] Baby Teething Toys: What They Are & Which Ones To Buy The Happiest Baby on the Block (2nd Edition) 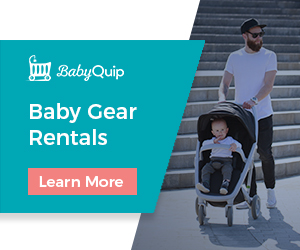 Children don’t come with an instruction manual, but it’s hard to mess up! Baby Help is your go-to resource for baby tips and advice for new parents. We’re here to help answer all your parenting questions!